Better Survey for the Guest: First-Time Certification for Apartment Houses 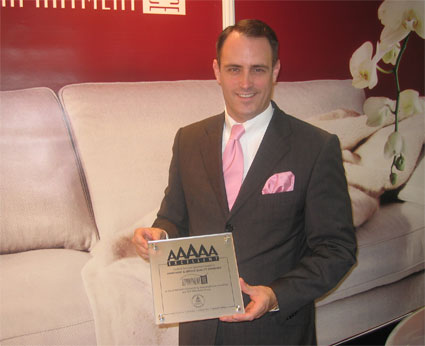 So called Serviced Apartments as an alternative to classic hotels become more and more important in Germany.  However, the guest often finds fault in the market’s missing transparency regarding the different quality standards and the lack of independent ratings. …

So called Serviced Apartments as an alternative to classic hotels become more and more important in Germany.  However, the guest often finds fault in the market’s missing transparency regarding the different quality standards and the lack of independent ratings.

At this year’s Business Travel Show in Dusseldorf, the Berlin-based company boardinghouse consulting, long known market experts and operators of the independent platform APARTMENTSERVICE, together with the TÜV Rheinland Group as one of the largest certifying companies and proficient quality managers worldwide present their newly-developed system for the categorization of Serviced Apartments.

Next to the obvious criteria regarding the apartments’ facilities and furnishing, especially the customer orientation and service quality on the part of the apartment house are considered. The extensive checklist was adjusted to the special requisites of this niche market, a competition to the well-known hotel stars awarded by the Deutsche Hotel- und Gaststättenverband is explicitely not striven for. Rather shall the new categorization be seen as an addition, as Anett Gregorius, managing director of boardinghouse consulting, emphasizes:  “Due to the different focus, the hotel classification is not adeqequate for apartment houses. Many requirements a guest has towards a Serviced Apartment are of no relevance in the hotel business. On the other hand, there are many services that are taken for granted in any hotel but cannot be offered in an apartment house.”

On the Business Travel Show in September the first house will receive its certificate: For the pilot scheme the management of Clipper Hotels & Boardinghouses chose their exclusive Clipper Elb-Lodge. The aim – and certainly a realistic one – is the certification into the highest category “Excellent”. Further steps are “Superior” for upscale, “Value” for medium and “Economy” for simple demands. As further illustration the letter A is used, AA representing Economy up to AAAAA representing Excellent.

Not only will the guest benefit from the certification, but also will the houses find it much easier to position themselves in the market. Moreover, an analysis of the individual concept and a determination of potential will be made during the certification process, so that an improvement of the internal workflow and even a resulting increase in sales can be expected as further advantage.

Anett Gregorius is especially looking forward to the moment the first certificate will be handed over: “For more than one and a half year we have prepared this moment – with guest polls, partner house meetings and considerable market research we have sort of paved the way. It is great and satisfing to see that all the work was worth it.”